Gastroenterology is a complex field of study that involves understanding the functions and diseases in every part of the stomach, small intestine (colon), rectum including pancreas gallbladder bile ducts liver. The digestive system is a complex network of organs, muscles, and vessels that work together to break down food into nutrients so they can be taken up by our bodies. Many diseases affect these systems including irritable bowel syndrome (IBS), celiac disease which causes inflammation when gluten proteins are present in the diet. In essence, all normal activity and disease of the digestive organs are part of the study of Gastroenterology.

Why Choose Us For Gastroenterology?

Gastric sciences deal with the ailments of the stomach, liver, pancreas, and intestine. At BGS Gleneagles Global Hospitals, we bring you a team of highly experienced professionals from all over the country to assist you in all the problems related to the gastrointestinal tract. When it comes to gastroenterology in Bangalore, BGS Gleneagles Global Hospitals is one of the best gastroenterology hospitals due to the top-class treatment of ailments regarding gastrointestinal problems that the patients receive.

Thus, the department is especially dedicated to early detection, diagnosis, and treatment of any of the parts of the gastrointestinal tract. It specializes in taking care of any problem associated with pancreatic-biliary, bowel, and liver-related conditions. The Institute is known for being a center of excellence and has an undeterred reputation in the field of gastroenterology.

This gastroenterology hospital in Bangalore has state-of-art architecture along with a team of qualified and some of the best gastroenterologists that supervises the entire process from initial assessment to care about the surgery. Our gastroenterologists are highly trained professionals with critical acclaim and have been honored at international forums. At BGS Gleneagles Global Hospitals, various gastrointestinal diseases have been treated that include:

We customize and personalize treatment catering to the specific needs of our patients, along with advising a particular diet and lifestyle changes. We make sure that you are treated with the utmost care and can return to normal life.

Gastrointestinal diseases can be categorized into two types, functional and structural. Some examples include nausea/vomiting, food poisoning (such as bacterial enteritis), lactose intolerance, or diarrhea – all of which affect gutters in some way.

The digestive system is a crucial part of your body’s functioning and health. There are many diseases and gastric problems that can affect the GI tract from mouth to anus, including Functional/ Structural issues.

Functional diseases are those in which the GI tract looks normal when examined, but doesn’t move properly. They’re the most common problems affecting people’s digestive systems (including colon and rectum).

Structural gastrointestinal diseases are those where the bowel looks abnormal upon examination and also doesn’t work properly. Sometimes, the structural abnormality needs to be removed surgically or corrected with surgery.

The symptoms of a gastric problem can be different for each person, but it usually starts as an acute incident and turns into a chronic condition. One possible cause is indigestion or when the stomach’s membranes get inflamed due to various reasons like infection by bacteria known’s Tribunal Helicobacter pylori (which causes peptic ulcers). Gastrointestinal symptoms are described as follows:

The main question that arises is how to cure gastritis permanently, but the gastritis treatment depends on the specific cause. Acute cases are relieved by stopping the use of substances such as nonsteroidal anti-inflammatory drugs or alcohol, which can be responsible for causing this condition in some individuals’ stomachs.

Gastrointestinal disorders are a series of conditions that occur within the gastrointestinal tract. The organs that make up our GI tract, from mouth to anus (esophagus and beyond.

Celiac disease: Celiac disease is a condition that can be related to the immune system and affects your small intestine’s ability to deal with gluten.

Constipation: Constipation is the term used to describe difficulty or infrequency in passing stools (feces). Not everybody has a daily bowel movement, so it’s important for people who don’t have regularity of movement before constipation occurs to fall under this category.

Crohn’s disease: Crohn’s disease is a chronic bowel condition that affects the entire GI tract, from mouth to anus. The small intestine often becomes inflamed in this disease and can lead to abdominal pain or diarrhea.

Diarrhea: The symptoms of diarrhea are often very uncomfortable and can include an urgent need to go the toilet, abdominal pain or cramping as well as nausea.

Diverticular disease: Diverticular disease can be a chronic condition in which small pockets or out-pouchings, called diverticula occur. These pouches may become inflamed when undigested food gets trapped within them causing pain and constipation as well sometimes fever, nausea cramping.

GERD: Acid reflux is a common digestive problem that occurs when the ring of muscle fibers around the stomach becomes weak and lets acid back up into the esophagus.

Peptic ulcer disease: Peptic ulcers are a common stomach disease that can cause pain and other symptoms of gastrointestinal diseases such as vomiting, chest tightness or indigestion.

Ulcerative colitis: Ulcerative colitis is another inflammatory bowel disease impacting the lining of the colon in UC. This can be a chronic illness characterized by abdominal pain and diarrhea to bloody stools that may lead to malnutrition or even fever.

Gallstones: Gallstones are the gallbladder’s way of ridding itself of unwanted solids. When there is too much bilirubin and cholesterol in your system, this small stone-like solidified bile will form.

Acute and Chronic pancreatitis: The pancreas is an important organ that not only produces digestive juices but also hormones.

Liver disease: The liver is a vital organ that performs many functions including storing and detoxifying blood, generating bile for digestion of food in the gallbladder, helping with hormone production like cortisol.

We bring you a highly specialized team of knowledgeable professionals along with best-in-class surgical equipment and cutting-edge technology. BGS Gleneagles Global Hospitals is one of the best hospitals for the treatment of gastrointestinal disorders which include bowel disorders, pancreatic-biliary disorders, liver diseases, with some of the best gastroenterologists in Bangalore from around the country. Along with this, we also have a team of skilful surgeons who specialize in surgeries of the gastrointestinal tract and related organs. Our team also includes consultants that are amongst the best in the country along with a world-class team of trained nurses and paramedical staff, making our centre one of the best hospitals for gastroenterology in Bangalore. 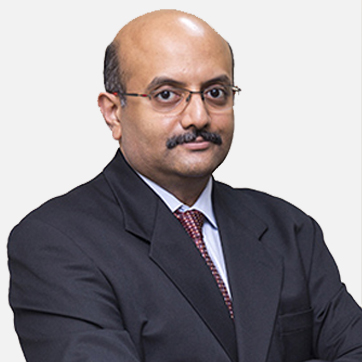 Senior Consultant in the Dept of Surgical Gastroenterology, Minimal Access and Bariatric surgery 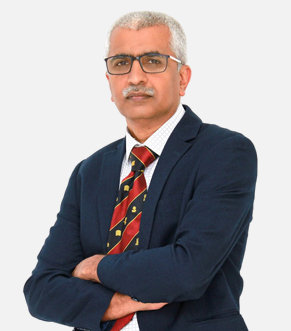 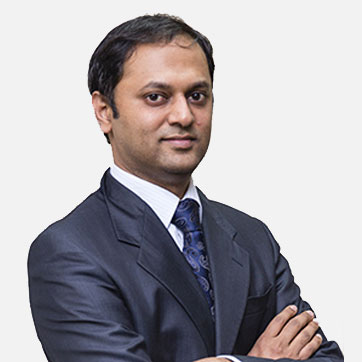 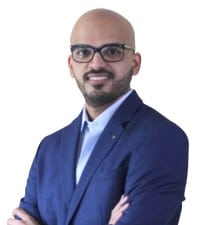 What does the gastroenterology department do?

The Gastroenterology Department is known for being a centre of excellence and has an undeterred reputation in the field of gastroenterology. The department is specially dedicated to early detection, diagnosis, and treatment of any of the parts of the gastrointestinal tract.

How can I cure gastric problem?

To cure gastritis, one needs to stop the use of substances such as nonsteroidal anti-inflammatory drugs or alcohol, which is responsible for causing this condition in many individuals’ stomachs.

How do you feel when you have gastritis?

A few of the gastritis signs and symptoms include burning sensation in the stomach, Hiccups, Loss of appetite, Vomiting blood, Abdominal pain and more.

Which is the best Gastroenterology hospital in Bangalore?

BGS Gleneagles Global Hospitals, Bangalore consists of some of the best gastroenterologists offering world-class services for gastrointestinal disorders with the latest technology, making it the best hospital in Bangalore. 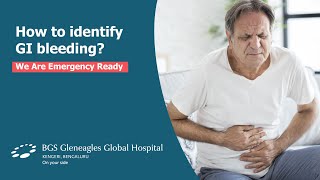 How to identify Gastrointestinal (GI) Bleeding 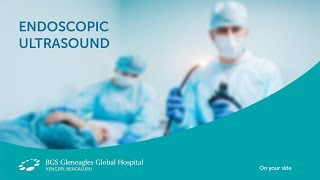 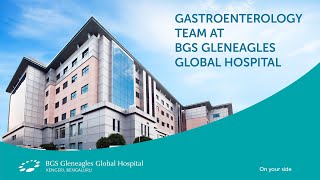 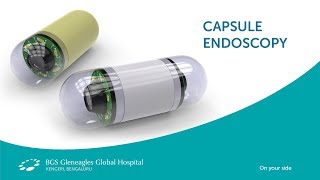 We are with you in your journey to better health

A consultation with our panel of doctors, specialists and surgeons will help you determine what kind of services you may need to help diagnose and treat your condition. If you or someone in your family or friend’s circle are facing any health issues, please get in touch with us, we are here for you.

By submitting the form, I accept the Terms & Conditions of usage of the data and consent to the same. I am aware that the information on this form will be sent to Gleneagles Global Hospital and will be used in accordance with their user consent & data usage policy & privacy policy. I am also aware that the data may be used for further use including remarketing.